lunaticg 1:13:00 AM
March will be a very busy month for Malaysia Numismatic, at least one auction will be held on every March weekend this year. For auction lover, it will mean tight budget and might be a very happy month since many auctioneers are offering their items. At least four auctions are held in Malaysia and the other four are an event at Singapore. 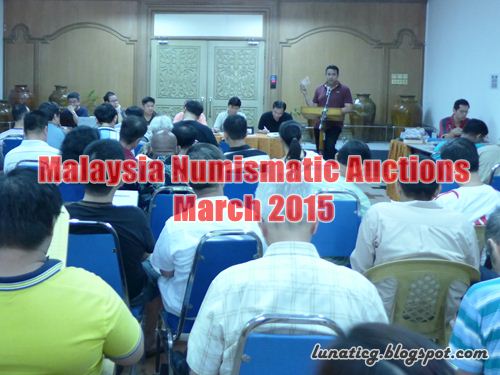 Malaysia Numismatic Society (MNS) will held their auction no. 163 at Muzium Negara, Kuala Lumpur on March 22. After a successful auction in Kuantan last year, the MNS auction is back in Kuala Lumpur. 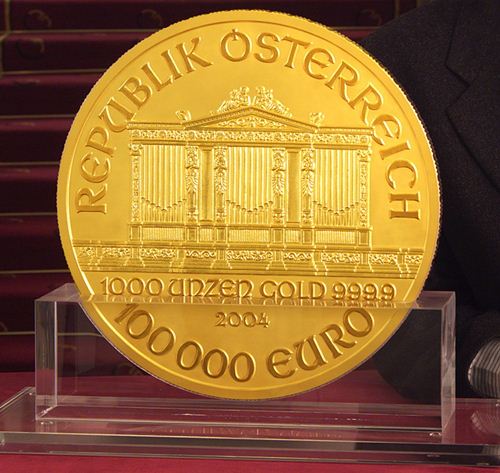 For the 1st time, Singapore International Coin Fair (SICF) will bring "Big Phil" on display at the SICF this year. The 1,000-ounce (68-pounds/31 Kilograms) gold coin was specially arranged to come to Singapore by the Austrian Mint, and is the largest coin ever produced in their iconic and famous “Philharmonic Orchestra” program. At the time it was produced, it was recorded as the largest gold coin in the world by Guinness World Records. It features a face value of €100,000 Euros, with a diameter of 37 centimeters and a thickness of 2 centimeters. The total weight is a massive 31.103 Kilograms of 999.9 pure gold. The 1,000-ounce Austrian Philharmonic gold coin will be on display for 3 days only, at the Sands Expo and Convention Center during the Singapore International Coin Fair.


Also for the first time, Trigometric Sdn Bhd will hold their auction at Hilton Hotel, Petaling Jaya. I will write a news about it later. My first impression when I saw their auction catalog is that the auction start price are reasonable and some of the item that will be auction are very rare.

Malaysia Numismatic Auctions March 2015 lunaticg 2015-02-08T01:13:00-07:00 March will be a very busy month for Malaysia Numismatic, at least one auction will be held on every March weekend this year. For auction lo...
Asia
Auction
Malaysia ringgit