lunaticg 5:06:00 AM
I assume most Malaysian banknote collector already knew that Bank Negara Malaysia 1st governor is an Australian, Tan Sri William Howard Wilcock. The basis and legislative recommendations for the set up of Central Bank of Malaysia (Bank Negara Malaysia) is a "Watson Caine Report" that was released in September 1956. 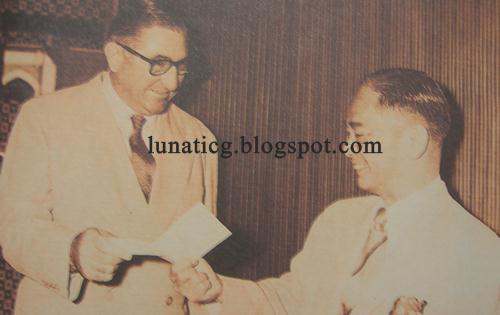 In 1959, he was appointed by the Yang Di-Pertuan Agong Tuanku Abdul Rahman as the first governor and chairman of the board of the central bank of Malaya (then known as Bank Negara Tanah Melayu) for a 2 years term. Government of the Federation of Malaya renew his contract later for another 6 months (he retired in 1962).

When he arrived in Malaya, Mr. H W Wilcock said his main objective were to find out how a central bank could help a people of Malaya and the future industrial development of the country.

Wilcock had always recognised the need for Bank Negara to be helmed by a local. In his inaugural speech, he said: “I appreciate deeply the honour … in making me the first governor … but I believe most fervently that the head of any country’s central bank should be a national of that country.” 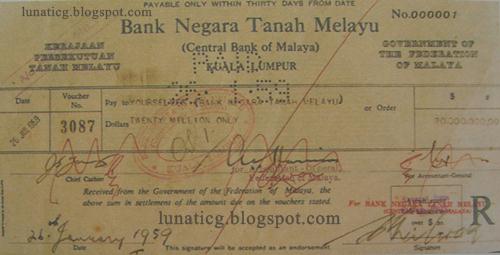 On 26 January 1959, Bank Negara Malaya was established with a paid up capital of $30 million by the Government of the Federation of Malaya. Bank Negara Tanah Melayu was officially open by Yang Dipertuan Agong on 24 January 1959.

In 1962 W.H Wilcock came to Australia to fill the position of General Manager of the Note Printing Branch of the Reserve Bank of Australia and oversaw the introduction of Australia's decimal currency.