lunaticg 9:09:00 AM
In most coin books, they're only one denomination of Cowie Harbour Coal Co Ltd Token. On July 2007, 3 other denominations were auctioned by Noble Numismatic Pty Ltd; 25 cents, 50 cents and 1 dollar token. All the token design are almost the same with a different Vulcanite (rare copper telluride mineral) color for each denominations; 25 cents (red vulcanite), 50 cents (brown vulcanite) and 1 dollar ( black vulcanite). The 10 cents recorded in Saran Singh Book is a Green Vulcanite. The 3 pieces of tokens that were offered in the same auction get a very good price; 25 cents (AUD$440), 50 cents (AUD$700) and 1 dollar token (AUD$440). Saran Singh in his book "The Encyclopedia Of The Coins Of Malaysia, Singapore and Brunei" recorded Cowie Harbour Coal Co Ltd Token are Extremely Rare (RRR) in any denomination. There is no information about the winner of the auction let just hope the token will be back in Malaysia and one day some of us can record the details of all the tokens. 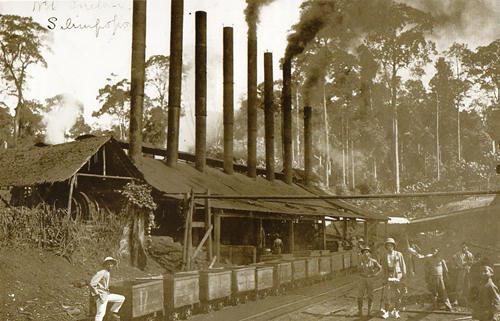 London-based Cowie Harbour Coal Company Limited was founded in 1905 in Silimpopon, deep in the interiors of Tawau in Kalabakan. It was registered in 1905 to take over Sandakan Bay Coal Field Limited, including a concession of 1904 to mine coal in the Surudong district of North Borneo with over over 900 square miles of prospecting rights. The coal mine operated for more than 25 years before it were closed in 1930 because of a low demand for coal when most ships were converting to oil for fuel in the late 1920's. The mine which was once dubbed as the biggest coal mine in the world, in 1922 this colliery produced a record 87,543 tons of coal and employed a labour force of 1000 people. The coal stem qualities from Silimpopon mine are consider superior to those of other Eastern coals since it is very economical. Harrisons and Crosfield Limited became secretaries and agents of the Company in 1920.In 1937 Cowie Harbour Coal Company Limited went into voluntary liquidation.


The Silimpopon coal mine has its own offices, coolie lines, bungalows, repair shops, pumping, compressor stations, shops, hospital and police as well as the necessary workshops. They also own a Andrew Barclay locomotives to transport the coal and people to Silimpopon River. Most of the coolies were Chinese coolies imported directly from China. They're also some local working in the mine but they are only minor in the community, the managers and engineers are European. At its height the mine housed a community of more than 3000, greater than the population of Tawau (around 1,800) at that time.


There was a book written about Silimpopon by Ross Ibbotson entitled Silimpopon : A Borneo Coal Mine. This book provides a detailed look at the Silimpopon Coal Mine. It not only includes many technical details (and illustrations) of its workings and accounts of the numerous technical reports commissioned (and often ignored). The financial (mis)fortunes of the mine are also closely followed. Readers will be fascinated by the extraordinary collection of historical photographs which illustrate accounts of mine life—from the very primitive underground working conditions to the social life of the mine managers and their wives.


Here is a video about Silimpopon Coal Mine: 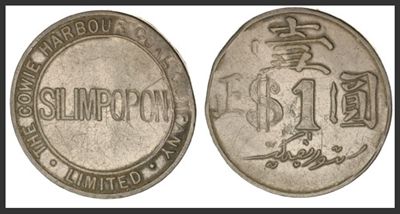 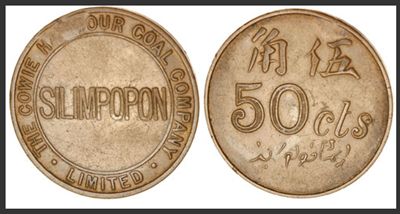 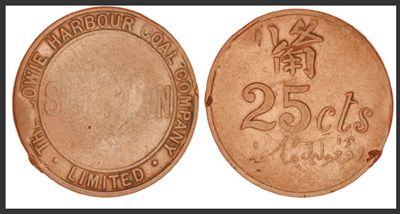 
Source: Silimpopon : A Borneo Coal Mine book, The Encyclopedia Of The Coins Of Malaysia, Singapore and Brunei book, Noble Numismatic Pty Ltd.