lunaticg 3:59:00 AM
"Banknotes of British Malaya: The Frank Goon Collection, 2nd Edition" has been released by Spink on 15th of August 2015 during International World Stamp Exhibition held in Singapore on the 14th - 19th August 2015. 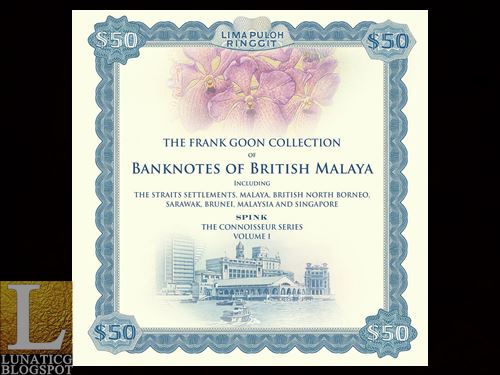 The book is the first volume in the Spink 'Connoisseur' Series, which means more series will be released in the future for the best numismatic collections by other 'Connoisseur'.


If you still have not bought this book, I advice you to make some saving for this book and buy them. This book is a masterpiece and a great reference tools for Banknotes of British Malaya. This book not only shows the best collection for British Malaya banknotes but also provide information about the banknotes history.


According to Mr. Frank Goon, "I do not think there will be a third edition and as Barnaby Faull put it to me, given the extent of the collection, that any additional notes (if any can be found!) to be collected from British Malaya can only be marginal in the impact."


Frank Goon's love of collecting began at an early age, his curiosity piqued at the sight of older boys using Japanese Banana money as 'monopoly' money as after the Second World War these notes had very little value. When collecting, his interests began to centre around non-issued notes; in the form of colour trials, essays, partially printed or rare 'one-off' notes prepared by the houses for the approval of various governments. Subsequently, his collection includes some of the most beautiful partially printed proofs, meticulously hand-executed essays, specimens and issued notes â€“ some of which are entirely unique!


How much do you think the price of the Frank Goon collection for the 2nd edition book? Rumours has it that the amount  is around SGD25million. 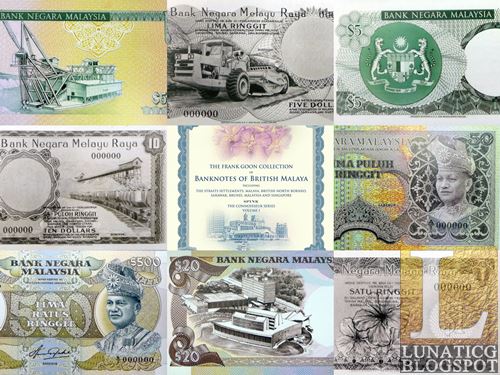 "A must have book for your collection and reference about banknotes used in British Malaya, almost half of the notes design shown in this book has not been shared by anyone before. Thank you to Frank Goon for sharing his collection, we enjoy looking at some of the essays and archival photographic designs especially for his superb Malaysia Ringgit collection."