lunaticg 8:28:00 AM
The Royal Mint has released a final collector’s last edition of UK definitive coin annual sets bearing the fourth portrait of Her Majesty The Queen - a constant presence on circulating coins since 1998. The coin annual sets available in four editions; Brilliant Uncirculated, Proof, gold Proof or silver Proof. 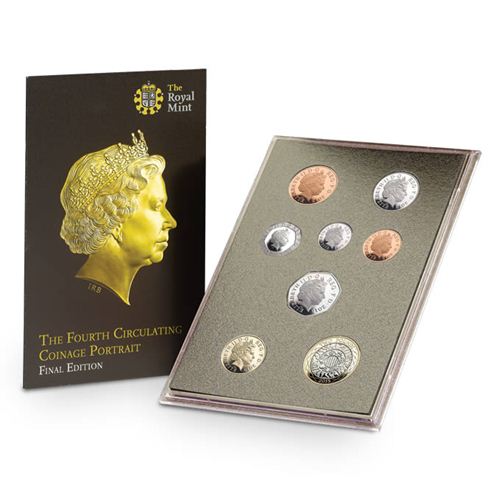 In November 2014, The Royal Mint announced that the fourth definitive coinage portrait of The Queen is to be replaced by a new Queen Elizabeth II effigy - an historic event for Britain’s coinage. The Royal Mint is to say farewell to the likeness captured by Ian Rank-Broadley FRBS with a final release of The Royal Mint’s Annual Sets for 2015 presented in stylish packaging and accompanied by a certificate authenticating the special edition release.


Each set comprises the definitive coins of the United Kingdom, from the 1p to the £2, each adorned for the last time by the familiar fourth definitive portrait of Her Majesty on the obverse, and is available in four editions; Brilliant Uncirculated, Proof, gold Proof or silver Proof.


Speaking about the release of his design in 1998, sculptor Ian Rank-Broadley FRBS said, “I hope that in time, I may be regarded as having made a valuable contribution to the rich and varied history of coinage in this country. When I see my initials, IRB, beneath the royal effigy on the coins as a record of my achievement, I feel honoured.” 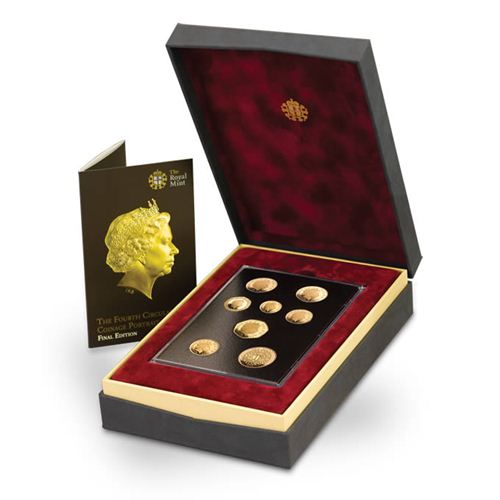 Shane Bissett, Director of Commemorative Coin, Bullion and Medals at The Royal Mint, says: “The changing of a coinage portrait is an historic occasion - only four previous definitive effigies have featured on the coins we use every day during the 62-year reign of Queen Elizabeth II. As the nation awaits a glimpse of the new effigy, we wanted to offer collectors an exclusive opportunity to own a final celebratory issue of the coins bearing the celebrated fourth portrait.”


The celebrated fourth coinage effigy has, just like the lady it represents, seen many historic events since its introduction. From poignant personal moments, such as the death of The Queen’s own mother, to joyous occasions, including the birth of her first great-grandson, His Royal Highness Prince George of Cambridge. Since 1998, when the portrait was introduced, the world has changed dramatically, with a global economic crisis, the election of America’s first African American President and the introduction of social media. During this time, the nation has celebrated the Golden and Diamond Jubilees of The Queen’s Coronation, as she has matured before our eyes.


The changing of a coinage portrait is a rare occasion – throughout the 62-year reign of Queen Elizabeth II, there have been only four previous definitive effigies on the coins we use every day. As the time comes to mark this new chapter for The Queen and her nation’s coinage, The Royal Mint are offering one last opportunity to own the fourth portrait on these final edition coins. You can visit their website www.royalmint.com to order your Fourth portrait of Queen Elizabeth II-Final Editions coin annual sets.