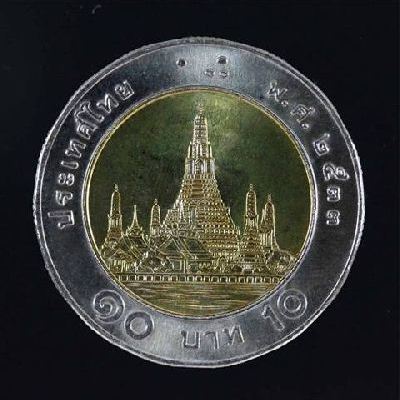 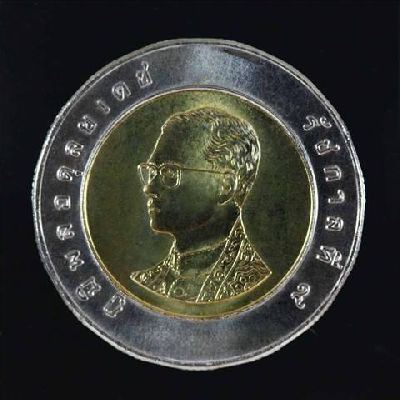 The post has gone viral on social media, launching a hunt for the rare coins, with others questioning whether the offer is a hoax.


Bangkok Post reported that Thailand Treasury Department chief Naris Chaisutr confirmed a claim by the owner of Panan Jewelry shop that the coins are rare. The Finance Ministry issued only 100 10-baht coins in B.E. 2533 (1990) for distribution to delegates at a coin exhibition in England that year, to make them aware Thailand was about to mint 10-baht coins to replace 10-baht banknotes.


"Only 50 coins made it back to Thailand," Mr. Punnawat said. "So it's a very rare coin and a great interest for coin collectors. Only five of these coins have been found, as far as I know."


Mr. Punnawat, who says he has never personally seen the coins, decided to post the Facebook advertisement after a businessman hired him to find them.


Since he posted the ad, so many people have called his shop that he decided to remove the shop's telephone number from the post, Mr. Punnawat said.


"I did not expect that it would be such a massive trend," Mr. Punnawat said. "My phone almost burned down."


He also warned that there have been attempts to alter ten baht coins issued in 1994 to look like they were issued in 1990 by filing the "tail" of the number 4 in Thai numerical.


Wirawuth Sripaoya, deputy director of the Royal Thai Mint, refused to comment on the claims that only 100 ten baht coins were made in 1990."


It's a public holiday right now, so I cannot check our database," Mr. Wirawuth said."But in terms of theory, minting only 100 coins is highly improbable. On average, the Royal Thai Mint produces 1 million coins of each type."


However, Thai Medal Association Nirandorn Wisitsin confirmed to Khaosod that the claim is authentic, as has long been known among veteran Thai coin collectors.


Mr. Nirandorn said the price tag for the 1990's ten baht coins may sound outrageous to non-collectors, but it is completely normal in the antique trade.