The most expensive China coin

lunaticg 9:26:00 AM
On 24 November 2012, Bonhams during the sale of Fine Chinese Ceramics and Works of Art in Hong Kong make a record for the most expensive China coin in auction. The 'Zhang Zuolin' 50 Yuan gold coin sold for HK$4,100,000 (US$529,032). For a record, the only second-known example of a Chang Tso-Lin (Zhang Zuolin) 50 Yuan gold piece, dated 1927 was sold in Hong Kong for US$500,000 in 2008. The gold coin was consigned for sale by a direct descendant of the famous Chinese leader who is portrayed on the coin. This coin is one of only two known examples, and much finer in appearance than the other known example, graded SP64+ by PCGS (Professional Coin Grading Service). 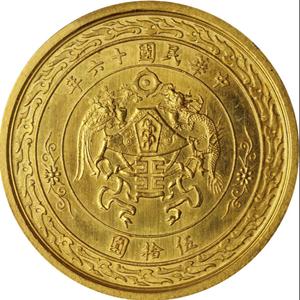 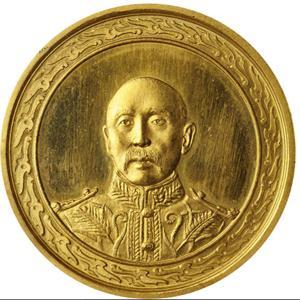 The coin features a facing portrait of Zhang Zuolin dressed in his military uniform; the reverse has a phoenix and dragon pattern with the inscription '16TH YEAR OF THE REPUBLIC OF CHINA' and '50 YUAN', bottom spaced by floral sprays.


Zhang Zuolin (1873-1928), a Chinese warlord, was responsible for unifying Manchuria and bringing it into the realm of national Chinese politics. He contended with ambitious neighbors, all the while distrusting the Russians and aligning with the Japanese. Born a peasant in the northeastern province of Fengtien, Zhang Zuolin never received a formal education. He joined the army and fought in the first Sino-Japanese War (1894-1895). By the time of the Russo-Japanese War (1904-1905), he had organized a large force of commoners, which he led in support of Japan. Chaotic conditions overcame the Manchu dynasty during their declining years, allowing Zhang to extend his military power throughout Manchuria during the early period of the Chinese Republic. He did so through deft military and political maneuvers. When the death of China's president Yüan Shih-K'ai opened the way for undisguised warlordism (1916-1928), Chang became the tuchun, or military governor, of Fengtien. With the cooperation of the Anfu Clique leader Tuan Ch'i-Jui, Chang had, by mid-1919, extended his control to the rest of Manchuria. From then, until his death, Manchuria was his private domain.


When Zhang controlled Tientsin and Beijing between 1926 and 1928, the Tientsin Mint struck four silver dollars, two copper patterns for 20 Yuan and 40 Yuan gold coins - and this exceedingly rare 50 Yuan gold piece. None were adopted for general circulation and are now considered pattern issues (essays). This coin is one of only two known examples and it is the highest denomination coin in gold (or any other metal) issued by the Republic of China, and probably the single rarest Chinese coin of the Republican era.

The most expensive China coin lunaticg 2012-12-06T09:26:00-07:00 On 24 November 2012, Bonhams during the sale of Fine Chinese Ceramics and Works of Art in Hong Kong make a record for the most expensive Ch...
Asia
Auction
Famous people
Gold
Rare
World News
World Record