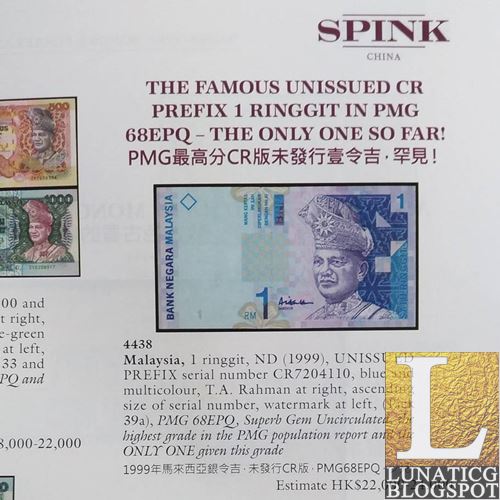 The most sought-after Malaysian banknote labeled by Spink as "The Famous unissued CR Prefix 1 Ringgit in PMG 68EPQ - The only one so far". 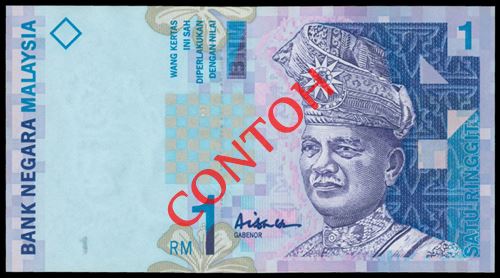 Lot: 4438 Malaysia, 1 ringgit, ND (1999), UNISSUED PREFIX serial number CR7204110, blue and multicolour, T.A. Rahman at right, ascending size of serial number, watermark at left,
(Pick 39a), PMG 68EPQ, Superb Gem Uncirculated, the highest grade in the PMG population report and the ONLY ONE given this grade .


Rumor has it, the banknote was mistakenly released into public circulation. The RM1 were printed and distributed to local banks for circulation. However, for some unknown reason, the local banks were instructed to immediately return the banknotes. Coincidently, one local bank in Bukit Mertajam released the banknotes to the public as the directive from the Bank Negara did not reach them.