Silver Denarius of Clodius Macer under hammer in New York

lunaticg 8:07:00 AM
A silver Denarius of Clodius Macer estimated at US$100,000 will go under the hammer during the International Numismatic Convention in New York on 6, 7 and 8 of January 2015 alongside other exceptional Roman Imperial Coins, ancient Judean coins and Part Two of the acclaimed David Sellwood Collection of Parthian Coinage. 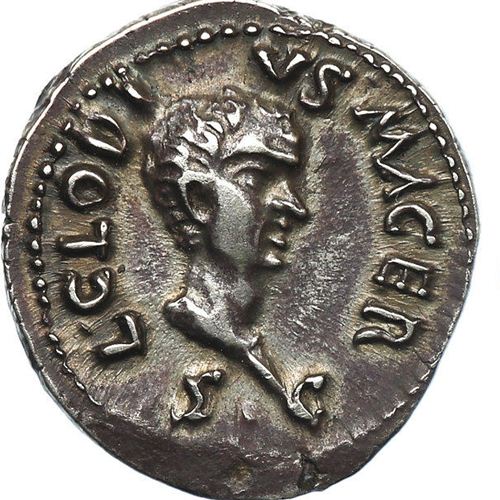 Clodius Macer (AD 68) was appointed provincial governor of North Africa during the reign of Nero (AD 54-68). Along with Senatorial rank, Macer also had the power to act as General in the Roman Army. Following Nero's suicide, Macer seized Carthage and began striking his own coinage. He amassed support legions against newly appointed Galba in the North coast of Africa and put pressure on Rome by threatening to cut off her grain supply. 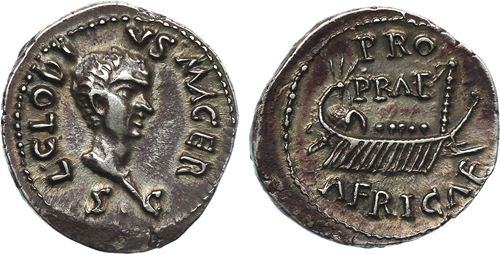 
Galba retaliated by having Macer killed and immediately recalled and melted all of Macer's coinage, accounting for their extreme rarity today. Fewer than 85 of Macer's coins survive today and only 20 feature his portrait, of which this is the finest known specimen. When this superb Silver Denarius goes under the hammer it is estimated to achieve US$100,000.


Macer's modest coins are reminiscent of those struck during the Republic of Rome. In modern times this has fuelled suggestions that he was attempting to re-establish the Roman Republic. Coins during this Republican period were decorated with iconic images that reinforced the glory of Rome and her history. They did not carry the portraits of living people until Julius Caesar’s image started to appear on coins in 44BC.


The sale will be held on Tuesday 6, Wednesday 7and Thursday 8 January 2015 at the New York International Numismatic Convention. The catalogue will be available to view online at www.baldwin.co.uk.