lunaticg 4:52:00 AM
Will there be another record breaking price for Malaysia coin 50 sen 1969? One graded piece of Malaysia 50 sen 1969 Security Edge will be auction in Mavin International Auction 35, World Coins and Banknotes on 9 & 16 November 2013, at the Concorde Hotel Singapore. The coin is graded as MS62 by Numismatic Guaranty Corporation (NGC). The coin Starting Bid is at SGD120, way to low from MNS Auction for the same UNC 50 sen 1969 SE sold at RM2800. 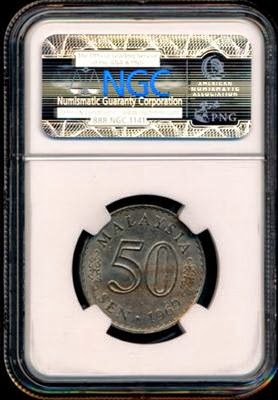 On 19 October 2013, a new record for The Most Expensive Malaysia circulation coins sold in Auction broken today when a 1969 50 sen Milled edge coin sold for SGD4012 or RM10,253 (including buyer premium) in Numismatic Society Asia (NSA) Auction at Landmark Village Hotel, Singapore.


Mavin International Auction 35 Session 1 Highlights are mostly a collection of Straits Settlements coins from the Eric Low Collection. Eric Low Eng Wan, or just Eric Low as he is better known to fellow coin collectors, focused his entire collecting interest on Straits coins for over 18 years. From the very beginning, Eric collected the better quality Straits coins that he came across and could afford, whether in coin shows or auctions or by private treaty. Over the years he was able to acquire many gems, mostly in auctions from various fine collections, including those of R J Ford, Ng Yit Boon and John Jay Pitman, just to mention a few. As Eric now feels that he has enjoyed his collection long enough, he has decided that it is time to let others have the opportunity to enjoy them as well, and Mavin is happy to auction the major part of it in two parts. All coins are graded and encapsulated by NGC or NCS in their new Edgeview® Holders.

Here are some of the Highlights for Mavin International Auction 35 session 1: 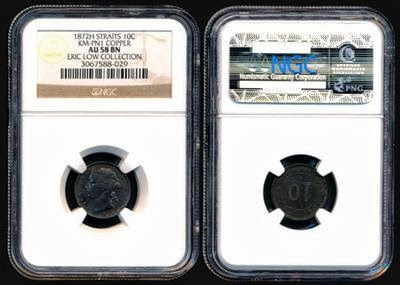 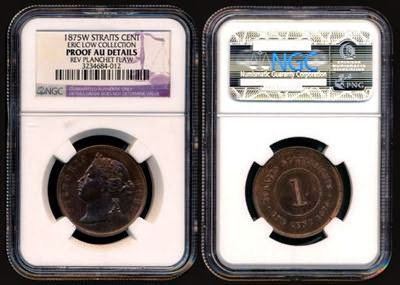 Straits Settlements Victoria, Cent, (KM.9), 1875W, proof only date, NGC Proof AU Details - rev. planchet flaw. The W on truncation variety is very rare, this being the only piece that we have come across so far, the metal flaw on the reverse does not distract from the eye appeal of this lovely gem. Eric Low Collection.
Estimate: SGD19,000 - SGD20,000 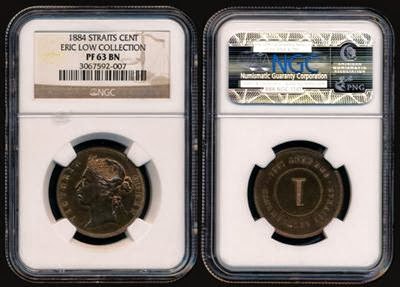 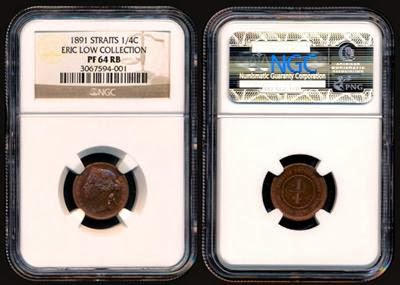 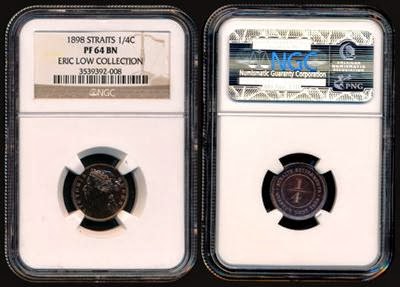 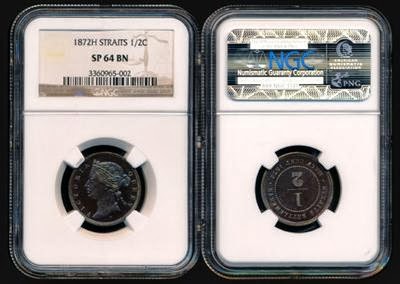 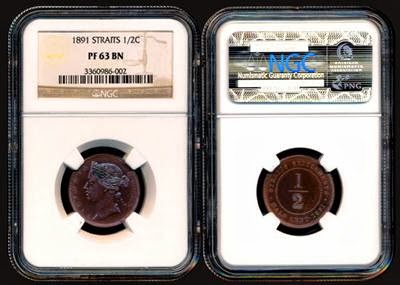 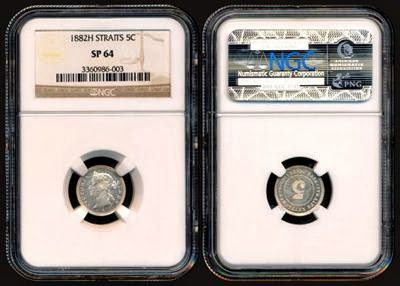 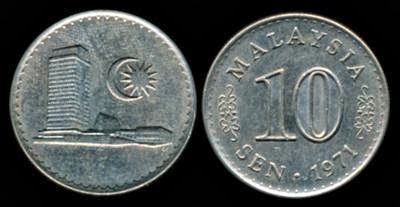 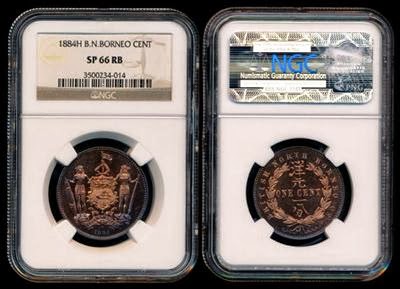 
Mavin International is the Auctioneer appointed by the Monetary Authority of Singapore (MAS). All Lots sold on behalf of MAS is subject to 7% Goods and Services Tax on both the Hammer Price and the Buyers Premium if the Lot is delivered in Singapore. No GST is payable if the Lot is exported outside Singapore. The buyer's premium for bids made through liveauctioneers.com is 20%. The buyer's premium for absentee bids by post, fax and email is 18%.