The independent limited constitutional monarchy of Malaysia, which occupies the southern part of the Malay Peninsula in Southeast Asia and the northern part of the island of Borneo, has an area of 127,316 sq. mi. (329,750 sq. km.) and a population of 15.4 million. Capital: Kuala Lumpur. The economy is based on agriculture, mining and forestry. Rubber, tin, timber and palm oil are exported. 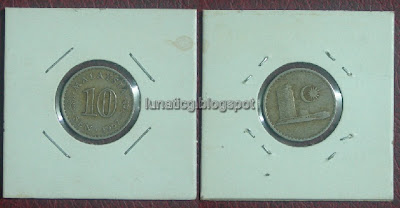 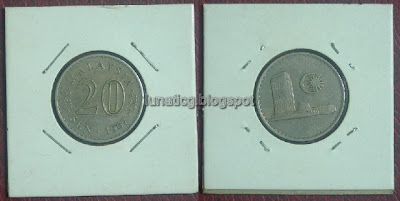 Malaya gained its independent on 31st August 1957. Sabah and Sarawak joined Malaya to form Malaysia on 16 September 1963. Bank Negara Malaysia has been given the authority to issue Malaysia currency since 1958. This authority was given under Bank Negara Tanah Melayu Ordinance 1958. The Board of commissioners of Currency Malaya and British Borneo still continued to issue currency until 12 June 1967. On 16 January 1969, the old Malaya currency legal tender value been ceased. Before that, it been circulated alongside 1st Malaysia currency since June 1967. 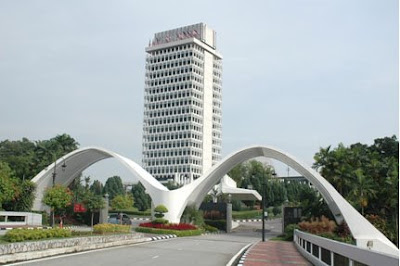 The obverse of Malaysia first coin is Malaysia Parliament building. In December 1959, an area near the Kuala Lumpur Lake Gardens was chosen as the site on which to build the Parliament Building Complex, a building that symbolizes the democratic principles that are practised. These principles are the rights and responsibilities of the citizens to rule their own country, the freedom of each citizen to voice his or her own opinions, the freedom to practise his or her own religion, equal rights before the law and the right to own properties.


Thus in September 1962, a hill 61 metre above the sea level was flattened to build this glorious building. The RM18 million-complex was the idea of Yang Teramat Mulia Tuanku Abdul Rahman Putra Al-Haj, Malaysia's first Prime Minister.


The placement of the building's foundation stone was done by the third Paramount Ruler, Duli Yang Teramat Mulia Seri Paduka Baginda Yang Di-Pertuan Agong, the Malay Federation, Tuanku Syed Putra Al-Haj Ibni Al-Marhum Syed Hassan Jamalullail D.S.M, S.M.N. DK (BRUNEI) on 31 August 1962, which marked the beginning of the construction of the building. On 21 November 1963, His Highness was again given the honour to officiate the opening of the building.