Museum in Melaka with fake coins

lunaticg 5:26:00 AM
[update 19 September 2012]
I think most Malaysian collector already knew by now about a Museum in Melaka with fake coins display. Few weeks ago, I read about it again in Facebook, how some collectors are sharing their thought about the museum who don't take a necessary action to authenticate their collection. Museum of History Ethnography Melaka show Malaysia's history starts from the opening day of Malacca to the Portuguese colonial era, Dutch, English, Japanese until the country achieved independence. Almost all the coins in the museum are fakes especially the Melaka tin coins. I had been to that museum before and even I who is not a fan of tin coins can spot the fake tin coins in the museum. The truth hurt but someone need to say something about it. 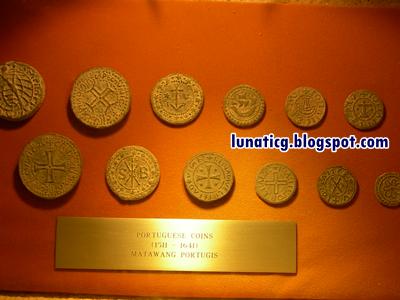 I am not sure if they're no curator in that museum but Perbadanan Muzium Melaka (PERZIM) as a body who maintain all museum in Melaka should take a look at the museum with their coin expert. If they already knew that the coins are fake, a notice telling visitor that the coins are replica or reproduction should be put together with the display. Please don't give 100% trust to the people who are donating the coins. They maybe said they're the expert in Melaka tin coins but Museum should do their own authentication. If they're no curator that have a good knowledge about Melaka coins, I think asking Malaysia Numismatic Society for a reliable second opinion is not that hard, right? They're many tin coins expert in Malaysia, I think by showing them the coin pictures should be enough for them to identify that the coins are fake.


Showcasing a fake coins in a museum that have a visitor from all around the world will certainly damaging Malaysia reputation as a tourist attraction. Foreigner came to our country to learn more about our history but what they get is a view of fake numismatic item on display in a museum. Some of them might be a numismatic collector, they will feel strange why Malaysian are displaying a fake coins in museum. Do Malaysian don't know their own numismatic history? Student who came to the museum to seek knowledge about coins that has been used during Portuguese colonial will get a wrong information and will be sharing it with their friends. Museum should be a medium to educate people, wrong information given by the museum will be a wrong education about Malaysia history to the public.


I am not talking in here based on hear say by some normal collector, many Malay tin coins sifu's has been told me about it before and the people who are talking about the museum in Facebook are also well known expert to Malaysian numismatic community. I am sharing this story in my blog as a sense of responsibility to alert PERZIM about fake coins in one of their museum. Collector has been talking about it for years but no action has been taken about it. You can ask second opinion from Malaysia Numismatic Society about it or do a lab test for some of the coins. They're many universities & commercial labs that can help you do the metallic composition test or Metallurgical analysis for the coins. but in my opinion, an authentication from a coin expert is the best way to handle this matter. They're also a book by Master Sifu Saran Singh that also share his opinion about Melaka tin coins, a must have book for all coin collector and Malaysia museum curator; The Encyclopedia Of The Coins Of Malaysia, Singapore and Brunei 1400-1967.

Wish someone will be listening and do some action.


Thank you for the support from some sifu's and expert's in Melaka & tin coins. Even they had been told a lie thing about this post at first, when they read this post themselves they understand my intention is just for improvement of numismatic exhibition in Melaka museum. I was also informed that Melaka Chief Minister, YAB Datuk Seri Haji Mohd Ali bin Mohd Rustam has been informed about this mistake. Hopefully, Melaka government can act fast.


For now, someone are already listening, just wait if the action will give a good memory to Malaysia Numismatic scene. I am not mentioning anyone in here but almost all old timer in Malaysia Numismatic knew who I am talking about, "siapa termakan cili dialah terasa pedasnya".