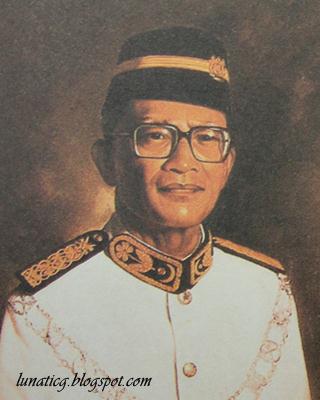 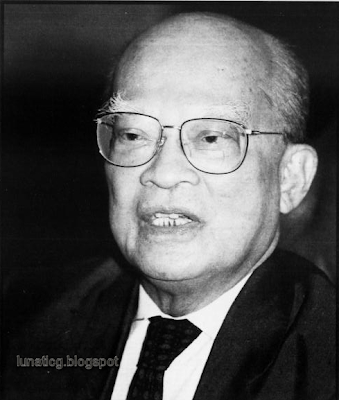 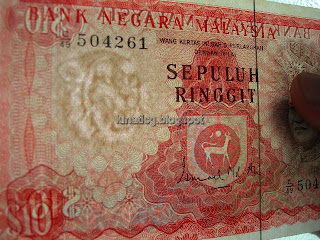 Tun Ismail bin Mohamed Ali was born on 16 September 1918 in Port Klang. He is the eldest brother to Toh Puan Siti Hasmah Mohd Ali; Malaysia 4th Prime Minister Tun Dr Mahathir Mohamad wife. He married to the late Toh Puan Maimunah Abdul Latiff. He died on 19 July 1998 and was buried at Jalan Ampang Muslim Cemetery, Kuala Lumpur. In Kuala Lumpur, there is a building called Menara Tun Ismail Mohd Ali at Jalan Raja Laut which was named after him in 2003. 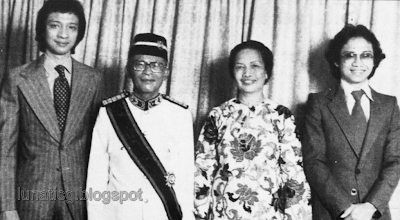 He received his early education in a Malay school and attended the Victoria Institution (V.I) from 1931 to 1938. While at the V.I. Tun Ismail was active in the scouts; he swam, played badminton and took up gardening. He was a Shaw House prefect. He was the second Malay student in the country to win the highly competitive Queen's Scholarship. He joined Cambridge University to read economics from 1938 to 1941. On completion he was stranded in England by the war and so decided to read for the bar in 1943 at one of the Inns of Court in London at Middle Temple and was called to the bar to be a lawyer thereafter. 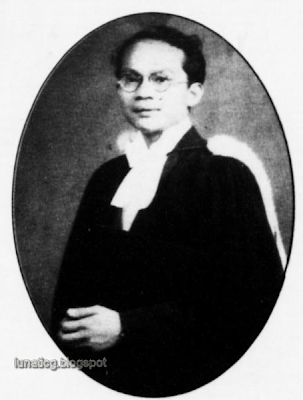 Returning to Malaya after the war in 1946 Tun Ismail joined the Malayan Civil Service, rising to be Assistant Selangor State Secretary in 1948. He is one of the first non-European officers recruited directly into the MCS. In 1920 the British Secretary of State accepted recommendations that a single Malaya wide service should be recognized. The style Malayan Civil Service was formally adopted in January 1921 with a total establishment of 183 posts. The candidates for the post must be “natural-born British subjects of pure European descent on both sides”. The number of Malay officers in the MCS on 11th November, 1946 during the period of the Malayan Union was 21 out of a total strength of MCS officers at 230. 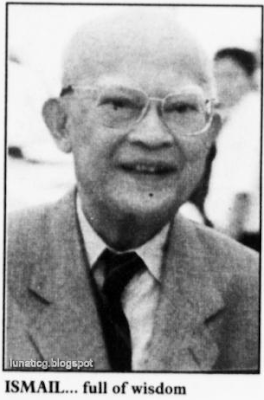 He served variously as Assistant Secretary in the Economics Department of the Treasury, as an Economics Officer in Penang and as a Comptroller in the Commerce Department of the Ministry of Commerce and Industry. Tun Ismail was made Minister in the Malayan Embassy in Washington D.C. from 1957 to 1960. He was simultaneously Executive Director of the International Bank for Reconstruction and Development in the United States. Returning to Malaya in 1960, he was appointed Deputy Governor of Bank Negara and was rose to be Bank Negara Governor in 26 July 1962. He held the post for 18 years until 26 July 1980.

Tun Ismail was active in various organisations, serving as chairman, at various times, of Malaysian Industrial Development Finance Berhad, Permodalan Nasional Berhad, Golden Hope Plantations Berhad, and Sime Darby Berhad. He was Pro-Chancellor of University Kebangsaan Malaysia and also served on the Board of Governors of the Victoria Institution. 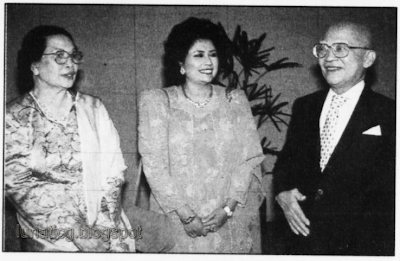 Photo: Tun Ismail with wife and Maznah the iron lady

In many ways, Tun Ismail set the tone for the bank’s core values and instilled a culture of accountability, professionalism, integrity and service. In the early years of the central bank’s existence, Ismail saw his primary role as setting up a body of traditions – of absolute integrity, competency at all levels in the organisations and efficiency. He also placed strong emphasis on building up a dependable expertise in economic affairs and monetary matters and, above all, the ability to place national interest as against that of the individual. During Ismail’s stewardship of 18 years, the central bank wielded considerable independence and influence in economic policies. People who knew him, and who had worked with him, described him as a stickler for punctuality, and recounted incidents that revealed his strictness and high expectations of those around him or "Straight as railways".