lunaticg 4:03:00 AM
Its official, Malaysia RM600 commemorative banknotes in conjunction with the 60th Anniversary of the Signing of the Federation of Malaya Independence Agreement hold The Guinness World Records for World Largest Legal Tender Banknote. Congratulation to Bank Negara Malaysia (BNM) for this achievement. 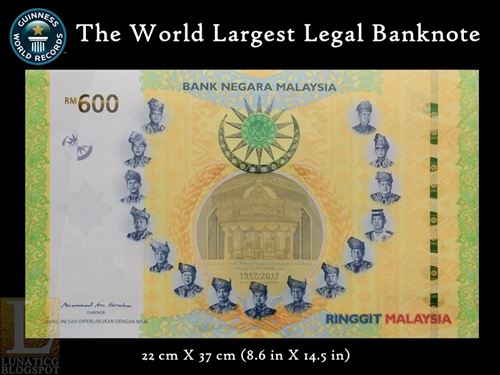 According to the Guinness World Records: 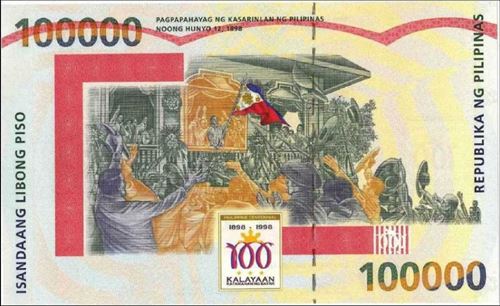 
On 14 December 2017, BNM issued a RM600, RM60 and Uncut 3-in-1 RM60 commemorative banknotes in conjunction with the 60th Anniversary of the Signing of the Federation of Malaya Independence Agreement. 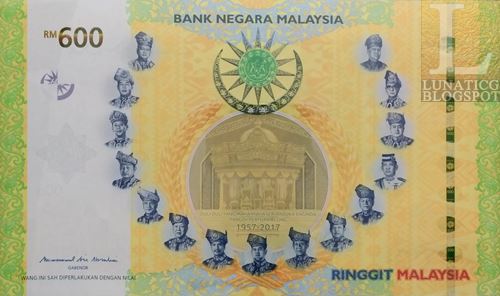 The obverse design features the majestic royal throne encircled by the portraits of 15 Yang di-Pertuan Agong who have reigned from 1957 till the present day (2017), symbolising Malaysia as a constitutional monarchy. The obverse design is inspired by the crescent and a 14-pointed federal star which are featured on the royal headgear. 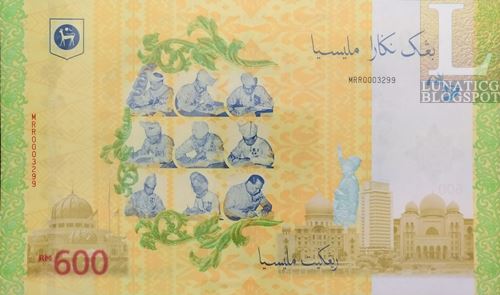 The reverse design features the portraits of the nine rulers signing the Federation of Malaya Independence Agreement on 5 August 1957. These banknotes are decorated with prominent independence and post-independence figures and features. On the right-hand side of the banknote is the triumphant silhouette of Tunku Abdul Rahman Putra Al-Haj, the architect of Malayan independence and the first Prime Minister of Malaysia. Imprinted on the background are four significant landmarks: the National Palace, Perdana Putra, the Parliament building and the Palace of Justice. These reflect the four pillars of the nation: the institution of the Monarchy, the Executive, the Legislature and the Judiciary respectively.


Only 6,000 pieces of the RM600 commemorative banknotes in conjunction with the 60th Anniversary of the Signing of the Federation of Malaya Independence Agreement printed by BNM.


If you wonder why Guinness World Records put the records achieved on 29 December 2017, it is actually the date online ordering facility for the sale of commemorative banknote open to public. The result only come out on 25 January 2018 and the public can only get the banknote on 25 January 2018.

The official release date for the RM600 commemorative banknote is on 14 December 2017.

Malaysia RM600 World Largest Legal Banknote (Official) lunaticg 2018-03-25T04:03:00-07:00 Its official, Malaysia RM600 commemorative banknotes in conjunction with the 60th Anniversary of the Signing of the Federation of Malaya In...
Banknote
World Record