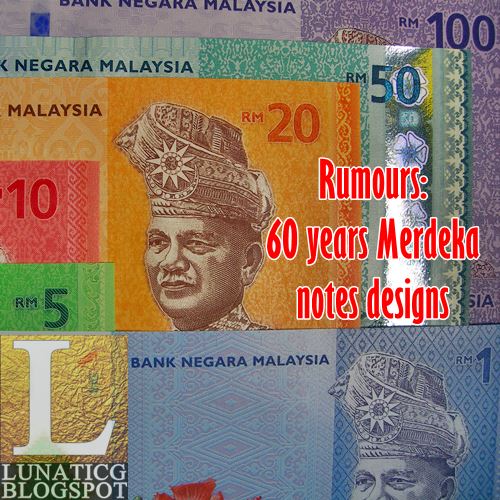 
From the information we received, BNM distributed a CD cointaning information, rules and regulation about the competition during briefing sessions on 16 and 17 June.


If any of you local designer who don't go to the briefing session, you might want to try to contact the persons who are in charge of the competition (you can get their contact in my earlier post). Maybe they can give you the CD. If they can't give you any information, you need to find any of your friends who attend the briefing to know the competition guidelines.


The submission deadline is on 5 August 2016, the competition winners announcement will be on October 2016. The commemorative banknote will be on sale one month before Merdeka 2017.


However, this is just a rumors since they're no official announcement about the banknote designs by BNM.

Anyone of you go to the briefing sessions? Can you share the information with us?