lunaticg 8:39:00 AM
Trigometric Sdn Bhd has released their Trigometric Banknotes & Coins Auction 1/2015 catalog on Sunday February 8. The auction will be held at Hilton Hotel Petaling Jaya on Sunday 15 March 2015. A total of 338 lots of banknotes, coins and stamps will be available for the public to bid. 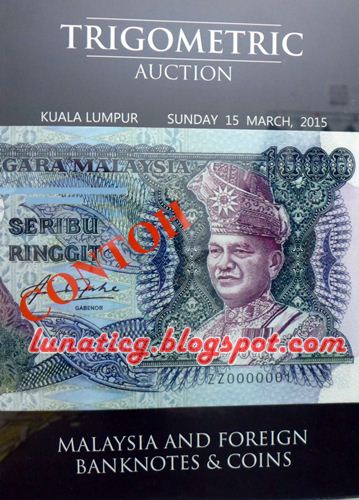 I meet Mr. Koay and Miss Farah from Trigometric Sdn Bhd on Sunday and asked them about their inaugural auction. They told me that this auction must obtain permission from Bank Negara Malaysia (BNM) for using images of currencies issued by BNM. It took some time to get approval from BNM. They also have some difficulties to find a hotel with a stable internet connection since their pick of the 1st Hotel can't maintain stable Internet connection. It is important for www.liveauctioneers.com internet bidding.


Auction will not be conducted by Mr. Koay or Miss Farah, Trigometric Sdn Bhd has appointed a group of professional auctioneers to help them for the auction part. They don't mention who the auctioneer or their company to me.


Mr. Koay advice collectors to come early on March 15 since only 150 seat will be available at the Serunai Suite, Hilton Hotel Petaling Jaya. The auction will start at 9.30am for banknotes (265 lots) and 1.30pm for coins (73 lots). Payment and collection for winning item will only held the next day on Monday 16 March 2015 at their office. Buyer premium is 15% for floor bid and 18% for liveauctioneers.com internet bidding. You can pay using cash or credit card but the charges for credit card is 3%. 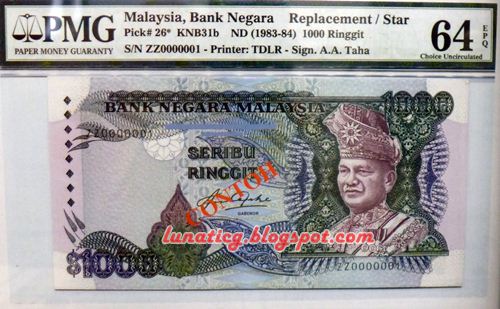 A 1000 Ringgit 5th series Aziz Taha replacement note super low number ZZ0000001 graded by Paper Money Guaranty PMG 64 EPQ is one of the highlight of the auction. The super rare banknote is from the collection of Master Sifu KN Boon. The banknote is estimate to sell for RM120,000-RM250,000. 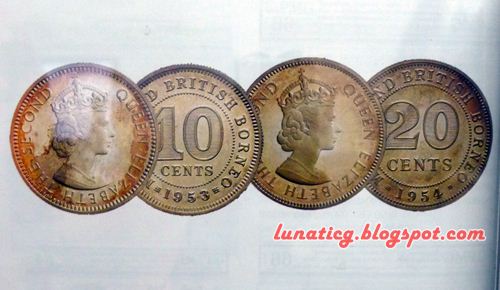 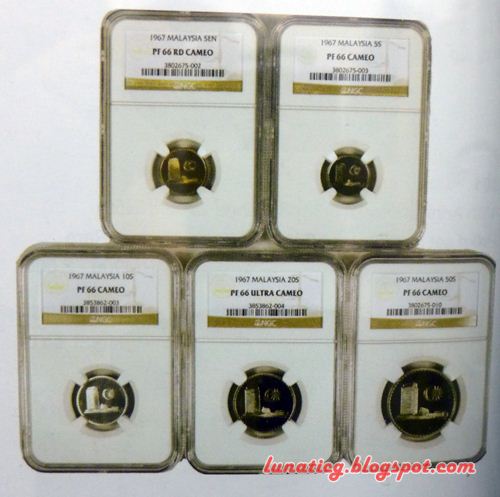 Here are my interview video with Mr. Koay:


For further information, you can contact Trigometric Sdn Bhd (Mr. Koay / MS Farah) at 03-7957 9566 or you can visit them at Amcorp Mall Petaling Jaya (Open everyday 10am – 6pm, except Monday and Public Holiday).