lunaticg 9:46:00 AM
Do you know what is WW meant for 1845 Queen Victoria Straits Settlements 1/4 cent, 1/2 cent and 1 cent proof coin? Some says that mint mark WW below the neck of the Queen stand for World War. The initial exactly is for William Wyon, an official chief engraver at the Royal Mint UK from 1828 until 1851. Only proof coin known to exist for quarter and one cent coin. Wyon was born in Birmingham, England in 1795 and was was the father of engraver Leonard Charles Wyon. 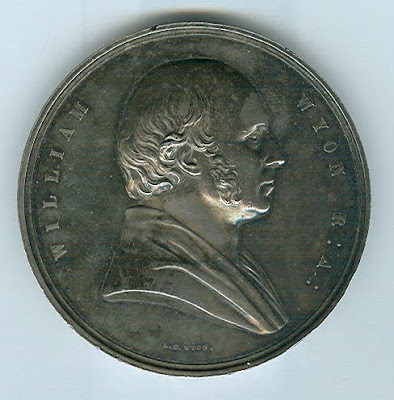 
In 1834 he modeled the head of Princess Victoria, who was 15 years of age at the time. This work was subsequently used for the City Medal struck in 1837 to celebrate Victoria's first visit to the City of London after her accession to the throne and another medal also issued in 1837 commemorating her visit to the Guildhall. The name of William Wyon is well known among coin and medal collectors because of his prodigious output and artistic skill. He designed “The Young Head”, which graced Victoria’s coinage from 1838 to 1860 on the pennies and the rest of the coinage until 1887. He also designed the Naval General Service Medal, of which 20,933 were issued. Notable among his medallic work are the obverse designs for the prize, juror and other medals for The Great Exhibition at Crystal Palace in 1851, the year of his death.


Wyon's City Medal was the model for the head on the line-engraved postage stamps of 1840-79, beginning with the Penny Black, the world's first adhesive postage stamp, the embossed stamps of 1847-54 and the postal stationery 1841-1901. The primary die used for the embossed issue was engraved by Wyon; the 1s and 10d stamps have the initials "ww" along with the die number at the base of the neck. His design also influenced the surface-printed stamps first printed in 1855. 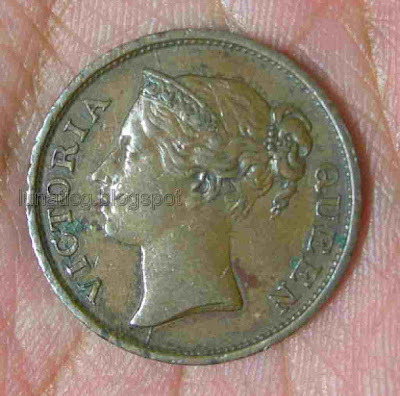 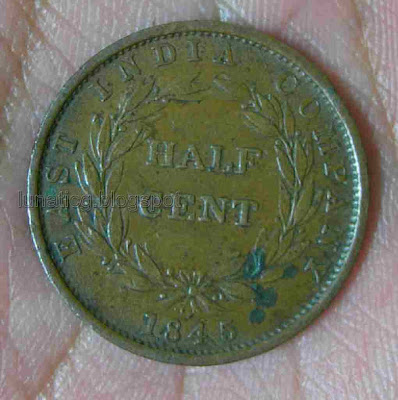 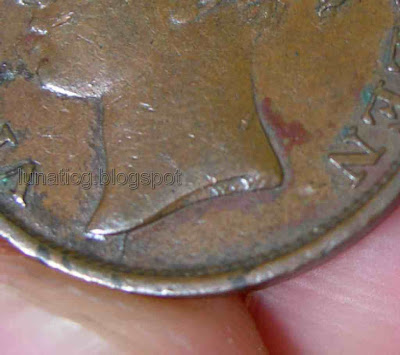 I am searching for at least one Straits Settlements 1845 Queen Victoria coin with mint mark WW on them. Found one last year with only a very fine condition. The friend who sell it to me thought that this half cent coin is as much value as the quarter and one cent coin. The price value for quarter cent coin in Steven Tan catalog book is RM30,000 for proof condition. While this coin can only go to hundreds of ringgit, unless your coin is in proof condition.