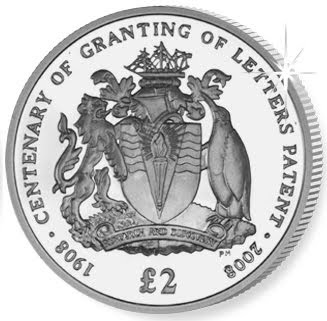 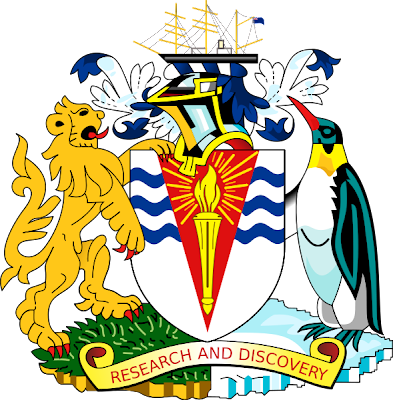 The coin depicts the official Coat of Arms of the Territory which includes a Lion representing the United Kingdom, an Emperor Penguin representing the Antarctic, and the RRS Discovery Ship used by Robert Falcon Scott and Ernest Shackleton. Interestingly the Lion stands on the grass whilst the Penguin stands on ice.

The British Antarctic Territory is a sector of Antarctica claimed by the United Kingdom. It is situated in Antarctica from the South Pole to 60°S latitude between longitudes 20°W and 80°W. The Territory was formed on 3rd March 1962, although the UK first claimed this portion of the Antarctic in 1908. The area now covered by the Territory includes three regions which, before 1962, were separate dependencies of the Falkland Islands: Graham Land, the South Orkney Islands, and the South Shetland Islands. The Territory overlaps with Antarctic claims by Argentina (Argentine Antarctica) and Chile (Antártica Chilena Province). The Territory is inhabited by the staff of research and support stations operated and maintained by the British Antarctic Survey and other organisations and stations of Argentina, Chile and other countries. 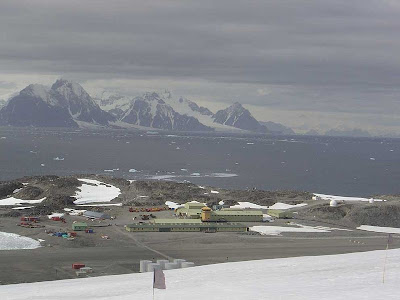 Several other nations began to stake claims to Antarctica, and in the 1950s, a treaty was negotiated to demilitarise the region, and retain Antarctica for peaceful research purposes. The treaty was passed in 1961. In response the UK hived off all its territory below the 60°S latitude into the British Antarctic Territory, established by Order-in-Council. France, Norway, New Zealand and Australia, who themselves have territorial claims on the continent, recognise the British Antarctic Territory, and vice versa. But neither Argentina nor Chile recognise British claims based on previous settlements in the area such as the Argentine Orcadas Base, founded in 1903.