lunaticg 1:00:00 AM
Issue of Bank Negara Malaysia (BNM) has been going on quiet a while now. Many people are discussing about it in forums or in their blogs. The main issue is whether the logo symbolize a Pharaoh dog or Barking deer. Most of their article are debating why the deer tail in BNM logo are longer then normal deer.


BNM in their website explain that the first Malaysian Governor of Bank Negara Malaysia, the late Tun Ismail Mohamed Ali, conceived the idea of having a Kijang motif for the official logo of the Bank. This motif was derived from the depictions of Kijang (barking deer) on gold coins of the State of Kelantan, which was among the earliest coins of the Malay Sultanate. The Bank's logo was formalised in 1964 and features a Kijang, a sun and a crescent moon. The sun symbolizes power and the crescent moon represents Islam, the official religion of Malaysia.

Photo: BNM logo on the left, Kelantan gold kupang on the right. 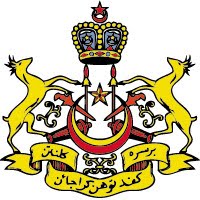 There is no written history about how Kelantan put kijang in their kupang. One is the view which associates the coins with Che Siti Wan Kembang, a female ruler in Kelantan. Her reign was rather obscure as one historian places her in the 14th century while another puts her in the 17th century. According to local folklore, some Arab traders presented a Kijang to the Queen. She became very fond of her pet and had it inscribed on the gold coins. Another version was linked to the influence of Saivite Hinduism. The connection was based on the fact that the earliest issue of Kijang coins resembled the Indian humped-back bull and the bull motif was depicted on the ancient Hindu coins which were circulated in the Northern Malay States. 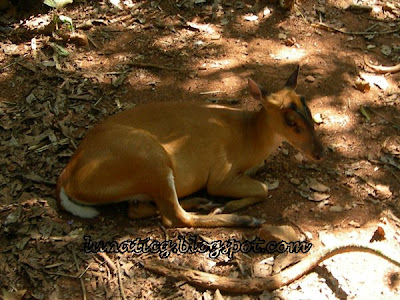 Bank Negara Malaysia officially stated that their logo come from Malaysia Barking deer or Muntiacus muntjak. They're called as the "barking deer" due to the bark-like sound that it makes as an alarm when danger is present. The Indian Muntjacs specifically are widespread throughout Southern Asia, but are one of the least known Asian animals. Paleontological evidence proves that Indian Muntjacs have been around since the late Pleistocene epoch at least 12,000 years ago.

The Muntjacs' coat is golden tan on the dorsal side and white on the ventral side of the body, the limbs are dark brown to reddish brown, and the face is dark brown. However, the ears have very little hair which barely covers them. Male muntjacs have antlers that are very short, about 1-2 inches, usually consisting of only two or three points at the most and protrude from long body hair covered pedicels on the forehead. Females have tufts of fur and small bony knobs where the antlers are located in males. Males also have slightly elongated upper canines about an inch long that curve slightly outward from the lips. The tail may be raised in alarm to show the white area as a signal of danger.

Photo by neveryetmelted.com: How kijang raised its tail.


Most of the Malaysian conspiracy blogs says BNM logo is a Pharaoh dog and not a kijang. Have you do a little research about Pharoah Hound? Most websites say that the dog cames from Egypt Pharaoh over 3000 years ago that left the islands of Malta. However, if we make a further search, there are people who say that the story is just a fantasy. The name "Pharaoh" was made by the English who bring back the dog from Malta in the 1960s because it resembles the pictures of dogs available in the pyramid of Pharaoh. The original name of the Pharaoh dog is "Kelb tal-Fenek" which means Rabbit Hound. Unfortunately, their efforts to change the name is not acceptable simply to keep the name that has been used, Pharoah Hound.

Correct me if I am wrong but BNM logo don't come from Pharaoh hound dog. It came from a 600 years old coin widely used in Kelantan long time ago and known as Kelantan Kijang Gold Kupang. I wish BNM can give their official statement regarding this.